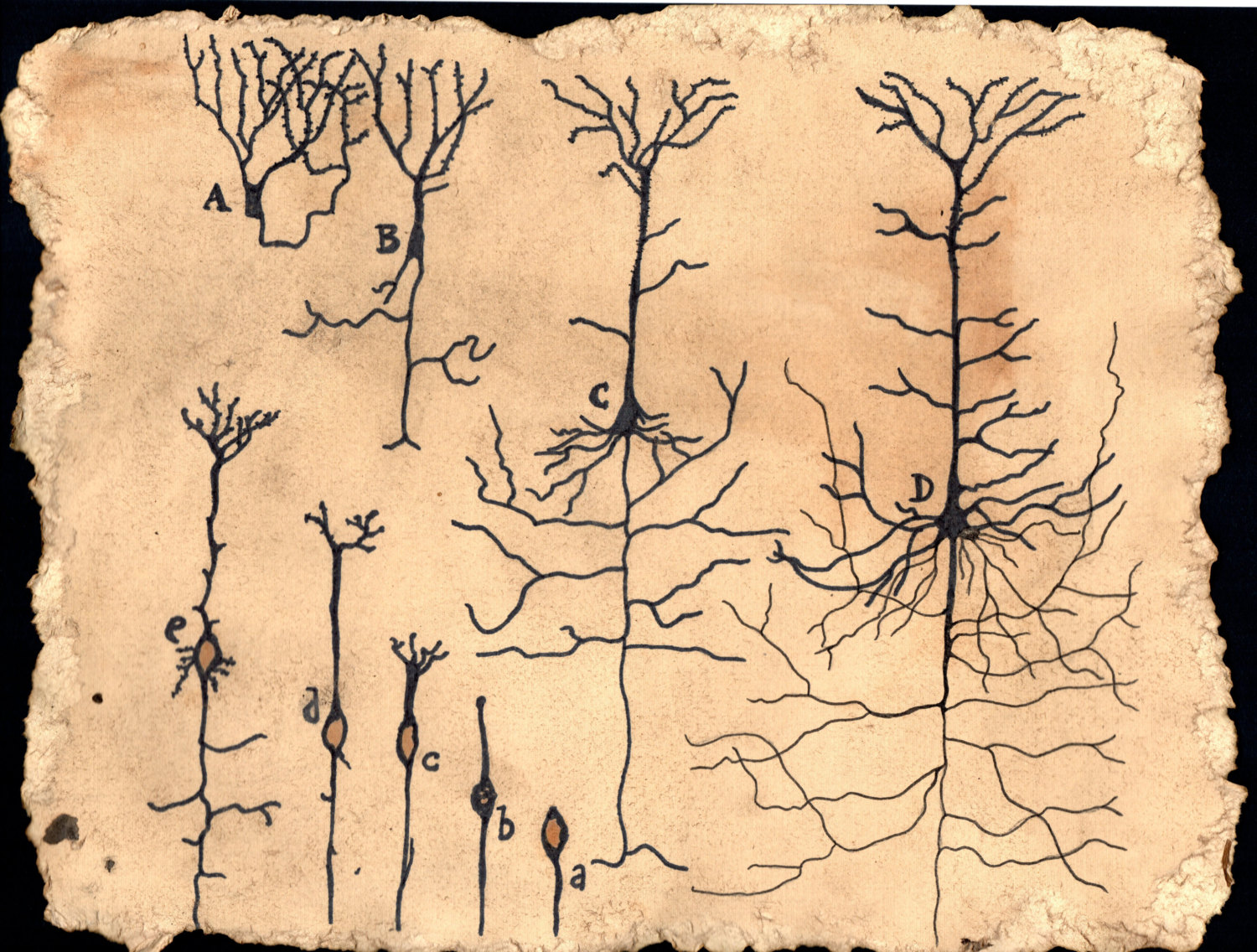 Voltage in a neuron

The situation in a neuron is the same. The membrane of every neuron is studded with proteins that control the flow of ions from one side to the other. Some of these proteins act as pores for ions to travel through. If the inside of a neuron has a higher concentration of an ion like K+ than the outside (it does, in fact), then K+ ions will bounce around in the neuron and pass through the ion channels at a greater rate than incoming K+ ions, just as in the perfume example.

Without voltage, the K+ ions in the inside would eventually diffuse through the ion channels to the outside of the cell, until the concentration of K+ ions was the same inside and outside the cell. Voltage prevents this from happening. I assume you have some understanding of voltage, but I'll refresh your memory. Charge, like gravity, causes things to be attracted. Particles that have opposite charges are attracted to each other. Also, particles that have similar charges are repulsed from each other. We say that charge causes a force on particles. Voltage is defined as the energy required to push or pull a particle from one point to another divided by the charge of that particle. That 'divided by' is necessary, because if you have a particle of twice the positive charge, and you are pushing it towards another particle of positive charge, it would take twice as much energy. Let's clarify with an example: suppose you have an enormous metal sphere with a strongly negative charge in one hand, and a tiny crunched up ball of aluminum foil from a gum wrapper that somehow has 2 coulombs (the unit of charge) of negative charge in the other. If you push the ball of foil towards the metal sphere and you exert 4 joules of energy, then that foil has gained 4 joules, and its new location has 2 volts ($\frac{4J}{2C}$) more voltage (Energy per coulomb of charge) than its starting location.

Now we come back to our neuron. As the K+ ions diffuse down their concentration gradient from inside the neuron to outside, they take with them their +1 charges. These positive charge carriers (cations, think "Plussy Cat") were previously balanced out by negative ions (anions) in the cell, but the anions gradually start outnumbering the cations, and the cell gains an overall negative charge. Because moving a positive charge from outside the cell to inside becomes energetically favorable (requires negative energy), we say the inside of the neuron has a negative voltage. This means it requires energy to push the K+ ions out of the neuron. The voltage and the concentration gradient are working against each other: the K+ ions have a statistical 'push' to go down their concentration gradient, while at the same time being physically pulled back in by the negative voltage (caused by the anions). The voltage at which these two forces are equal is called the equilibrium potential, and is given by the Nernst Equation:

Under normal conditions of temperature and ion concentration, the resting potential according to this equation works out to about -65 mV, a good approximation for a real neuron.