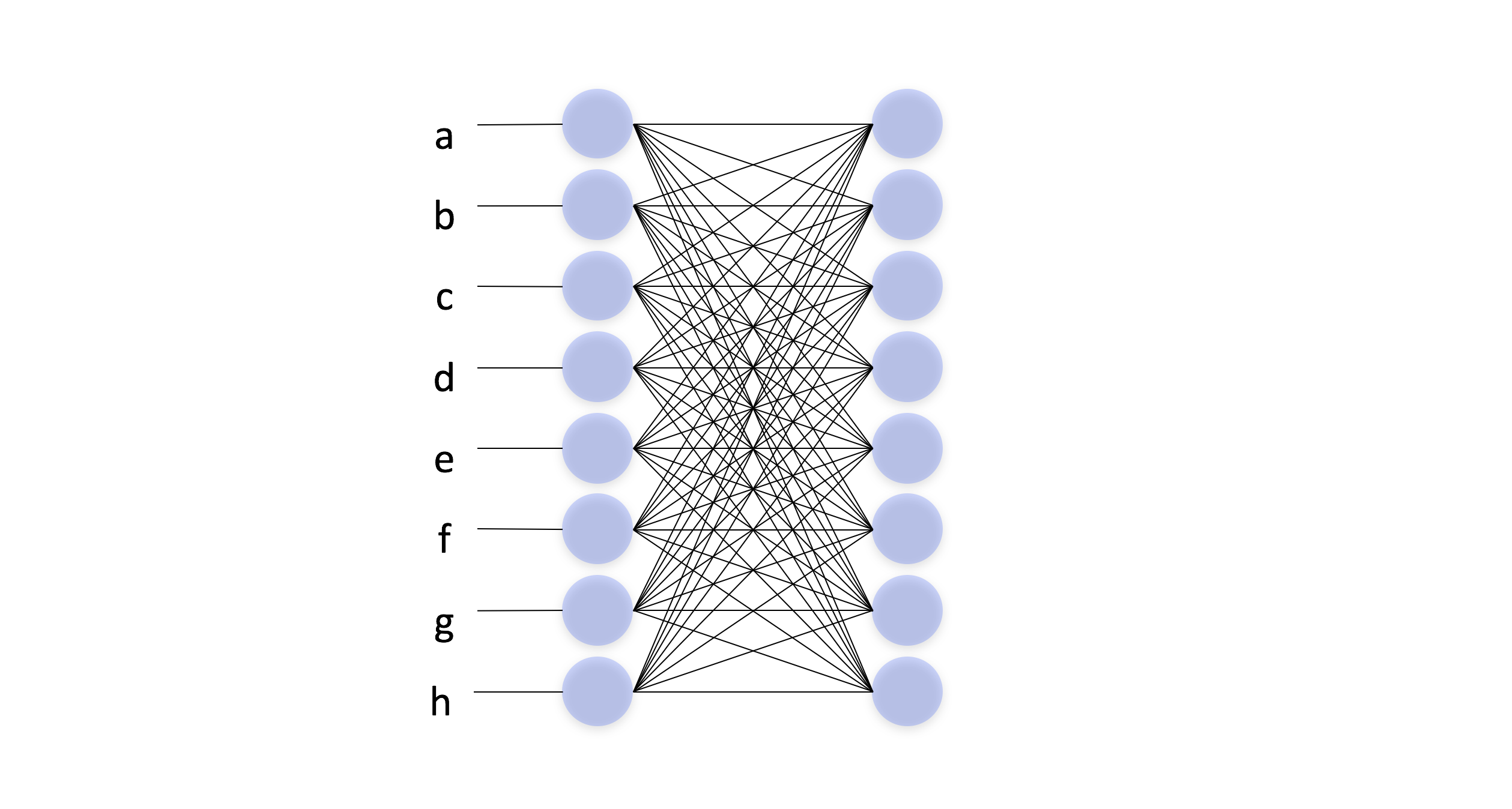 Concept formation in a neural network

Lately I've been playing around with this idea that concepts - the ideas behind the words in the dictionary - are the hidden causes behind a set of observed features. If we look up 'camel' in the dictionary, the entry reads: camel: "A large, long-necked ungulate mammal of arid country, with long slender legs, broad cushioned feet, and either one or two humps on the back." In my framework, when the hidden cause symbolized by the word camel is present, the features that are generated by the cause - long slender legs, broad cushioned feet, one or two humps - are all present. We mentally group the features that make up a camel into a singular concept because these features are highly correlated, and this correlation implies a hidden cause. The presence of the hidden cause is sufficient (but not necessary) to generate all the features of a camel.

If concepts are hidden causes of features, how do we detect them in the first place? How is it possible that we can look at an entity that has the features of a camel and immediately identify it as being a camel? I propose a model that looks something like this:

Inferring a hidden cause

To make this formalization a little more real, suppose we have 4 distinct coins. At the beginning of every trial, we throw all 4 coins together, each one comes up heads or tails, and we record the result. The coins aren't necessarily fair, and the probability that a given coin comes up heads is unknown to us. The coins are magnetic, and the table has a switch which controls its magnetism. When the switch is turned on, the table becomes magnetic, and all 4 of the coins come up heads with 100% probability. When the switch is turned off, the 4 coins come up heads with their normal probabilities, and the coins' values are uncorrelated. In this scenario, the hidden cause is the magnetism of the table. The only source of correlation between the coins is the hidden cause.

Once we have observed a large number of trials, after we throw the coins and before we can observe the result someone puts a piece of paper over some of the coins and asks you to guess whether they were heads or tails. Our goal is to determine the probability that each hidden coin is heads.

If we could directly observe the hidden cause y, then when it is present we could infer with certainty that each feature $x_1, x_2, x_3, x_4$ was present. However, y is hidden, so we can't directly use it.

However, if we know that the only feature causing the features to be correlated was the hidden feature y, we can break our estimation into two steps.

We can check this equation by measuring the estimations of these from our simulation.

This suggests the equation is correct.

Now our equation above becomes:

$P(x_1 | \neg y) $ is the baseline probability of $x_1$, generated by causes outside our system and assumed to be constant for every trial.

Now that we have all the important numbers from our training data, we can begin to make predictions. Suppose we only have a subset of x's, and we are trying to predict the remander. If we observe $x_2$, $x_3$, and $x_4$, we can determine the probability of the hidden cause:

This is the prediction that we got without using y at all, when we have large numbers.

The results above have shown that given any row of incomplete data, we can use a few assumptions to fill it in. The assumptions are

Both of these assumptions are strong and perhaps unrealistic. Suppose we have two causes c1 and c2, each independent of each other, but which impinge upon common effects $x_1$ and $x_2$. Assumption 2 would be violated, because when c1 is absent, $x_1$ and $x_2$ are dependent via c2.

However, the situation might be rescued by supposing that there is some third cause c3 by which both c1 and c2 act to bring about effects $x_1$ and $x_2$.

Then we can say that c3 is the effect of c1, rather than $x_1$ and $x_2$. Because all c1's features are independent, assumption 2 is satisfied.

It should be possible to create a complicated causal network. By repeatedly observing the features, we can build up a network of hidden causes. Once we have constructed this network, when we make observations we can 1) infer the presence of the hidden causes and use those to 2) predict the probabilities of the remainder of hidden features which have not been observed.

One we have built up this structure, we can do more complicated inferences. Specifically, we can reason by analogy. Suppose we have two causes c1 and c2, which have some overlapping effects

Suppose we have another cause c3 and we are aware of some of its effects.

This is an inductive inference and isn't certain, but if this causal structure were true we would conclude that when $c_3$ is present, $x_5$ is present, even if we never observed the correlation between $x_5$ and the other effects of $c_3$. We formed the abstract concept $c_4$ that enables us to do inferences that wouldn't have been possible otherwise.

This inference is powerful because it allows transfer learning. We can learn some causal substructure that holds true no matter where it is found, including in novel hidden causes (or concepts). We don't have to determine the correlation from scratch every time.

Discovering and modeling these 'middle' hidden causes also protects our algorithm's assumption that the inputs are uncorrelated in the absence of the hidden cause.

Suppose we know that a cause $c$ implies an effect $x_1$. Then when we determine the cause is present, we can validly conclude that the effect is also present.

As an example, suppose we know that all men are mortal. That is, for any entity that contains all of properties of being a man (having DNA of homo sapiens, breathing oxygen, eating food, etc.), we can be certain that that entity has the property of being mortal. In the algorithm presented above, there are two steps: 1) determining the relationship between the features and the hidden cause, and 2) inferring the remainder of the features given a subset of them by determining the probability of the hidden cause. In this case, our 'hidden cause' of mortality is the state of being a man. In other words, being a man causes mortality. We can be certain of this through inductive generalization: we observe a million entities that all have correlated features $x_1$, $x_2$, ..., $x_n$. One of these properties is mortality, and we infer that the hidden cause that makes these properties probabilistically dependent is $y$: being a man. Now that we've determined the probabilistic relationship between the features and the hidden causes, when we see an entity walking down the street wearing a name tag that says "Hello my name is Socrates", by using the subset of features that are caused by the hidden cause, we determine the probability that the entity before us is a man. If we observe lots of properties, and $P(\neg y|x_1, x_2, x_3,...)$ is very low, we conclude with high certainty that the entity is a man. The deductive step immediately follows: because all men are mortal, and this is a man with high probability, then this is mortal with high probability.

If $\forall x(Ax \implies Bx) $, then we can think of A as being the entirety or part of a hidden (sufficient) cause for B.